Back to Photos & News

The new bridge is valued at more than $11 million. Campers at Camp Aranzazu, which is for children and adults with special needs and disabilities, will have access to fishing and sailing by safely crossing Loop 1781. Alexandria Rodriguez/Corpus Christi Caller-Times

The 9-year-old boy, wearing a Superman shirt, looked up at  Sinclair and squinted as he asked if he could get into his police car.

Aiden hopped in the SUV that was parked just off Loop 1781, near State Highway 35.

Aiden and other children at Camp Aranzazu from Driscoll Children's Hospital had just crossed the camp's newest addition: a bridge.

The bridge, which is valued at more than $11 million, has been in the works since September 2015. The project even held tough against Hurricane Harvey in August.

"We serve children and adults with special needs and chronic illnesses," said Virginia Ballard, president of Camp Aranzazu. "The waterfront and being able to access it is something we have been working on for years and years."

More: Find a camp for the kids during Spring Break 2018

To kids like Aiden, who is attending the camp for the first time, the bridge connects them to new things, including fishing and sailing.

"He's loved the water stuff, like kayaking," said Aiden's father Matt Prado, adding that Aiden had a kidney transplant seven years ago. "This is the first year he could (come to camp)."

Campers were the first group of kids to cross the bridge after a ribbon cutting ceremony. They also were treated to sno-cones on the other side of the bridge.

Camp Aranzazu opened in 2006 and expects to serve more than 1,600 campers this year. Ballard said the bridge was built as an in-kind contribution.

The contractor working on the new causeway used land from the camp.

"In exchange they built our bridge," Ballard said. "In the end they also built a pier and it was valued at at least $1.5 million." 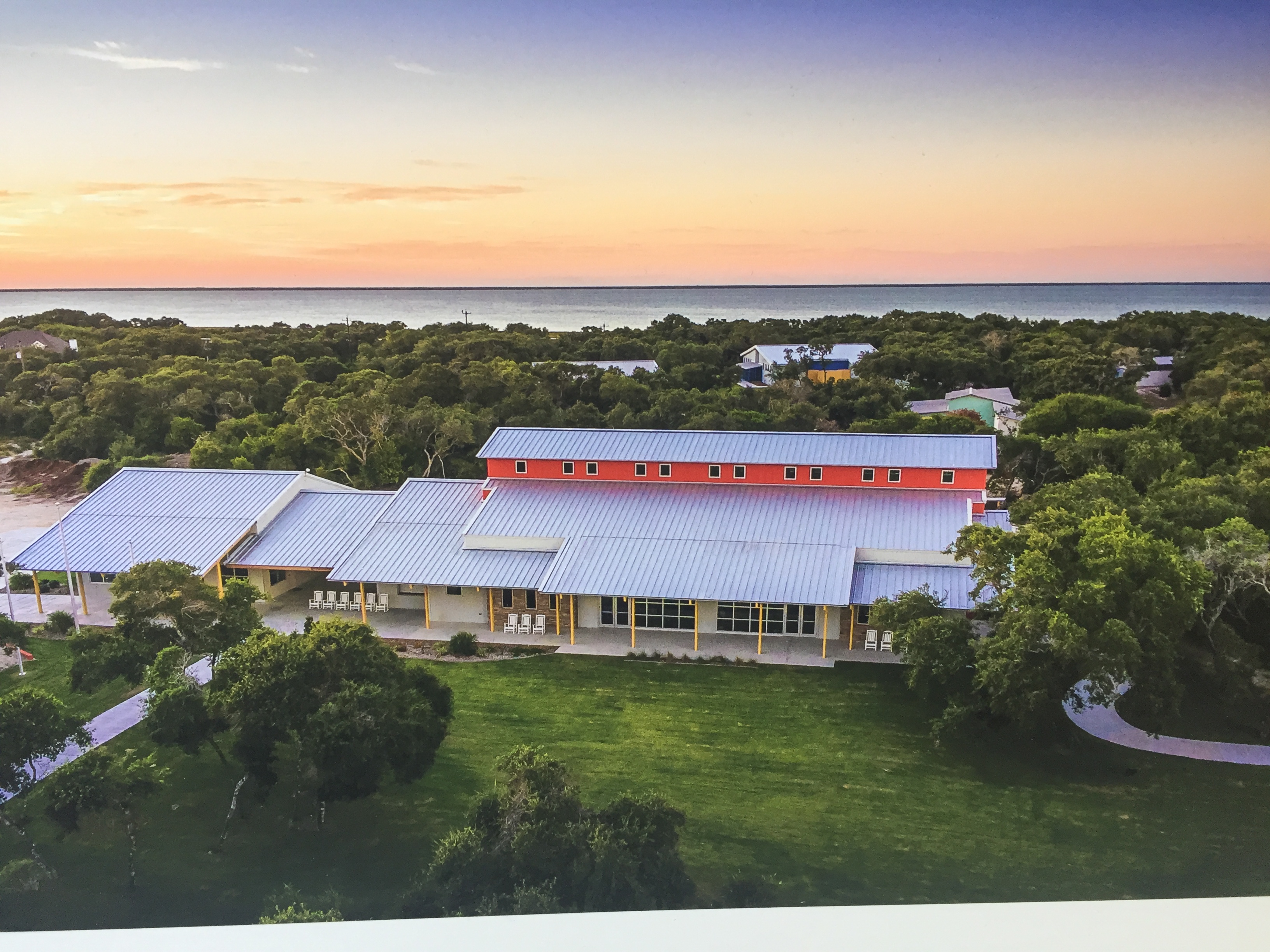 Thank you for sharing our story. Check back for the latest news coverage at Camp Aranzazu!

Don't miss this season's favorite camp swag! Click here to browse and purchase our t-shirts, hats, and other camp merchandise.

Women in the Wild - Rockport

Camp Aranzazu is extremely grateful for all the support given to our organization and is committed to cultivating trust with our campers, partners, sponsors, donors, board, and volunteers.

We are committed to fulfilling our mission and maintaining the trust of our friends, donors, partners, campers, and families.

Camp Aranzazu is proud to have a four star rating from Charity Navigator, which evaluates the financial health, accountability & transparency of non-profit organizations. Four stars is their highest rating.

Be An Angel - San Antonio

The Tuttle School at Briarwood - Houston

We welcome your help, whether it's once a week or once a year. Below is a list of volunteer opportunities that are typically available. If you are interested in volunteering, please download the volunteer application and email the completed form to Bianca Hernandez. Thank you for your interest!

Maintenance of Facilities and Grounds

With 105 acres, we can always use help more maintaining our beautiful camp.

In the summer, we need help answering the phones, greeting guests, and keeping the office organized and running smoothly.

Join us for a day of volunteering, tours of Camp Aranzazu, and good company at one of our volunteer work days this year!

Are you looking for ways to work directly with the children and adults with special needs and chronic illnesses that we serve? Check out our camping partners who are looking for volunteers for the coming camping season!

Every year, Camp Aranzazu hires roughly 20 college aged individuals with varying skill sets to work as Activity Leaders from mid-May to mid-August. Activity Leaders have the fun and impactful job of enriching the lives of our campers with special needs through unique camping, environmental studies and retreat experiences.

Activity Leaders facilitate a variety of activities including, but not limited to arts and crafts, archery, high and low challenge courses, sports and games, kayaking, stand up paddle boarding, fishing, sailing, swimming, nature sessions and more!

Benefits of this paid position include room and board and the potential to satisfy fieldwork and internship requirements in various fields of study. The buttons below include the additional documentation you will need to apply for the Activity Leader position. Email your completed application, resume and two unique and completed reference forms to our Camp Director, Amelia Haslam, and prepare for the summer camp experience of a lifetime!

If you have any questions, contact our Camp Director, Amelia Haslam, at ahaslam@camparanzazu.org.

Are you looking for a part-time job opportunity that allows you to be surrounded by nature in a supportive work environment? Camp Aranzazu currently has an opening for a part-time receptionist position on our staff. This opportunity will allow you to support our mission of enriching the lives of children and adults with special needs and chronic illnesses. To learn more about the position, click the job description below.

The Receptionist is responsible for overseeing functions related to the front office. The Receptionist also assists with special projects and provides some administrative support for all staff. If you are interested in the position and have any questions, please contact Lillian Anfosso, our Finance and Administative Director at lanfosso@camparanzazu.org.

Imagine a position that allows you to work with campers each day and have a beautiful view of Copano Bay along the Texas Gulf Coast.

Camp Aranzazu seeks someone with strong sailing experience to supervise our summer sailing program from mid-May through August 2019. The Sailing Supervisor will ensure that Camp Aranzazu provides a safe environment for children with special medical, physical, emotional, social or financial needs to experience sailing. Camp sessions include day camp sessions, as well as residential sessions that last from one to six nights. If you have any questions, contact our Camp Director, Amelia Haslam, at ahaslam@camparanzazu.org.

Do you have a passion for providing fine arts education and working with a committed staff of people dedicated to enriching the lives of children and adults with special needs and chronic illnesses?

Camp Aranzazu seeks someone with art teaching experience to supervise our summer fine arts program from mid-May through mid-August 2019. The Art Instructor will ensure that Camp Aranzazu provides an intentional, expressive, and safe environment for children with special medical, physical, emotional, and/or social needs to create and experience fine arts. Camp session include day camp sessions, as well as residential sessions that last from one to six nights. If you have any questions, contact our Camp Director, Amelia Haslam, at ahaslam@camparanzazu.org.